After that difficult loss to Germany in 2014, Brazil really managed to turn things around.

TTite restored order in the team after he took over from Dunga, and made Brazil look like World Cup contenders. They have immense attacking potential, but lacks creativity in bringing the ball out from the back if Coutinho doesn’t start in midfield.

They have conceded 11 goals in 18 matches throughout qualification. Brazil is very stable side defensively, which is considered as Tite’s trademark. But, there are some vulnerabilities in their defensive organization, most coming from distribution into the box from wide areas. They really have issues to defend crosses, and are among many of teams on this World Cup that suffer from cut-back crosses. 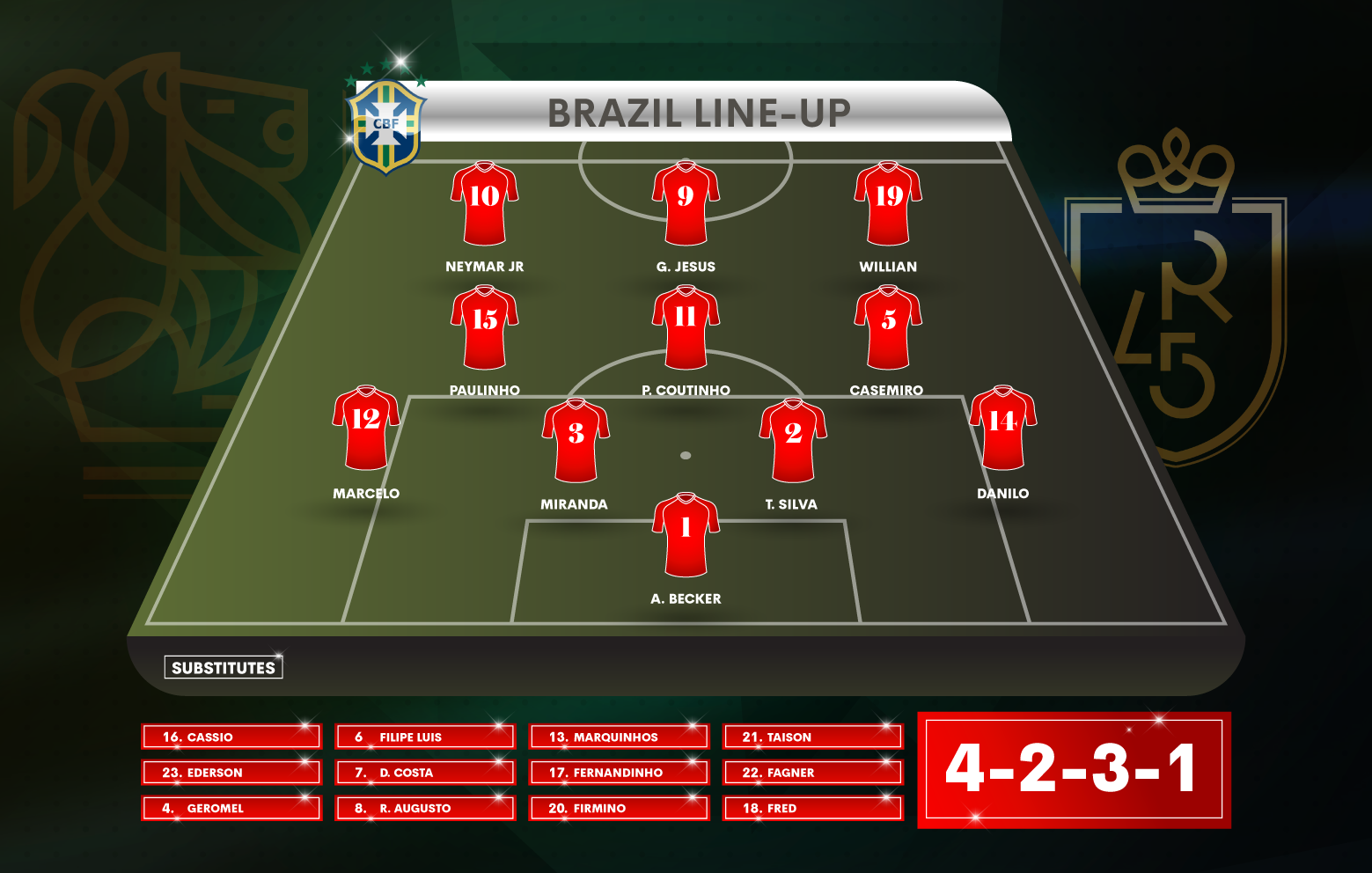